How I started Iron Horse Security 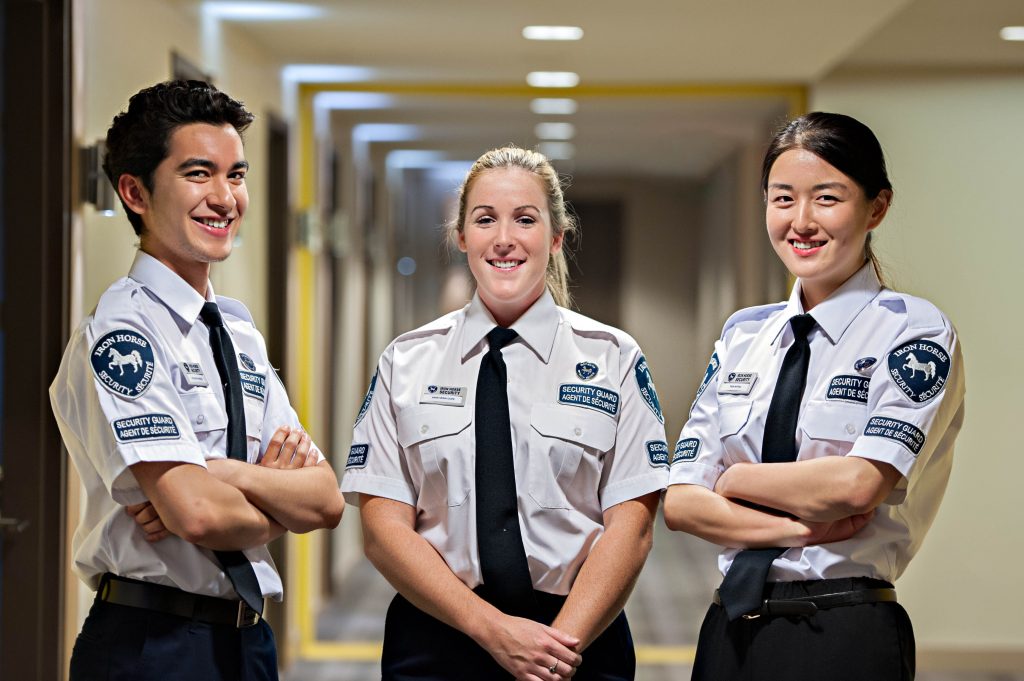 The Iron Horse Security everyone is used to is a far cry from how we started out. Our prominent office, with a comfortable workspace was born from a single rented room in a building full of doctor’s cubicles. In fact, our first office was small, as our first employee has often reminded me. This room was so small, that when I interviewed him, we had to sit on the floor with the desk pushed against the wall as it was too small to sit across the desk from one another.

Today, Iron Horse Security has offices across the country, with a staff level that has exceeded 2000 guards per year which is a far cry from where we started from.

The Iron Horse story starts out like many others. I looked for a part time job while I attended college for Police Foundations. Many in our class worked for a small local company that provided loss prevention services to local hardware store, and that’s where I got my start in security.

I was good at loss prevention and caught my share of shoplifters. As a result, I quickly rose through the ranks and within 2 short years, became the general manager of the company, working directly for the owner himself.

At this time, I had the opportunity to join the Ottawa Police Service as a Civilian in their Criminal Investigation Division. They didn’t really know what to do with me as this was a new program and I was only the second civilian ever hired. As a result, Detective Kevin Fahey – a pleasant officer, assigned me to the front desk on the second floor of the main Ottawa Police Building on Elgin Street where I greeted the general public that made it past the first floor. I never knew what the nights would bring which I would certainly say, made it a colourful job. Some days involved preparing subpoenas for witnesses, assisting disheveled homeless men wearing tin foil hats for fear of aliens, and others involved taking reports from domestic abuse victims or dispatching the coroner to sudden death events. Every day was different and I loved it.

The early 90’s was a very different time in the world. Back then, the majority of a shifts consisted of listening to gristled old detectives make fun of all who walked off the second-floor elevator. I eventually tried to join in on the fun once when a seemingly homeless looking biker got off the elevator. I meekly chimed in “look at this guy!” and was promptly made the fool when he pulled out a swipe card and walked back into our office space where he continued his duties as an undercover detective. It was the one and only time I made a “smart-ass” comment while working there. I learned a very good lesson about not judging a book by its cover. With the Ottawa Police, not everything was as it seemed. That theme rang true throughout the building. This was the early 90’s and things were done very differently.

I’m grateful for this glimpse behind the curtain as I instantly knew this was NOT the career for me. I did not want to work 30 years only to become disenchanted with life.

A lot has changed since then and so has policing, but I am grateful for the push it gave me to start my own Private Investigation company. That was the beginning of the idea for Iron Horse Investigations.

In 1994, I prepared what I thought was the best business plan ever created. I had my accountant father proofread it for accuracy and I set up meetings with the banks. I started with my personal bank and eventually went to 5 other banks without any success of any kind. I was a 24-year-old kid without a track record asking to borrow $10,000.00 on a vague promise that I could make a business work without any experience. No, no, no, no, no, NO! I was unprepared for this outcome, after all I was armed with the best business plan ever written!

Humbled by the experience I circled back to my father who could not understand why the banks would not lend the money. He felt the plan was solid so together we met with his bank manager. This very conservative banker scrutinized my business plan while we sat quietly awaiting another NO, but to my surprise he looked up and said, “you’ll need more money, I’ll lend you $20,000.00“. With that Iron Horse was born. Or so I thought.

Within a month of opening our doors I was served with the first Cease and Desist Order I’d ever seen. My former boss from my loss prevention job had begun a lawsuit against me in an attempt to prevent me from starting Iron Horse. His first step was an urgent Cease and Desist of our operations and a court date in front of a judge to decide if it was valid. The risk he took was being responsible for any damages we suffered as a result of his action. Our court date came and as quickly as this begun, it was over with Iron Horse being victorious. It also left me with a $5,000.00 legal bill which meant I was left with $15,000.00 to start the company.

We grew slowly! And as we did, we gained the confidence of our clientele. We thought we had an exceptional report with our clientele until December 24, 1998. At that time 90% of our business was with a National Grocery Chain. On December 24, 1998 I received a registered letter from them advising due to budget restrictions they were cancelling 100% of our services effective January 1. I called our contact and he sheepishly advised it was true, a result of budget cutbacks and not service issues, but indeed as of January 1, 90% of our staff were out of a job. It was the worst Christmas of my life, knowing in less than 2 weeks we would be bankrupt and our staff would lose their jobs. I kept it confidential as I didn’t want our staff to have the same Christmas I was suffering.

As January 1 rolled around, the contract was extended with a deadline of February 1. As we prepared to wind things up for February 1, they again pushed it until March 1. Well March 1 came and they decided to forego the end of the contact and continue business as usual. This was the worst way to learn not to “put all your eggs in one basket”.

As we continued to grow, I paid very close attention to this lesson and I was determined to make sure to diversify our portfolio. I did everything in my power to develop more business and a more balanced portfolio. We have never looked back since. We focussed on having a huge number of midsize contracts, a market the bigger players happily ignored, and one we quickly covered. The mid-size contracts are not something the big players do well at all. The big players put their efforts on contracts with values of $10,000,000 and above. That’s where they focus all of their customer service.  As a result, they intentionally neglect properly servicing the $1,000,000 – $5,000,000 contracts. This is where we have focussed our attention, on the neglected and fed-up clients, that collectively add up to a lot of money, while balancing our portfolio and ensuring a stable business model.

I thought Christmas of 1998 would be my worst. How could anything compare to waking up every day to the thought of losing everything? We’ll that’s where Christmas of 2000 came into effect.

In response to our aggressive expansion and diversification we came into our first real cash flow crunch in December 2000. Throughout the rest of the year, we were able to meet our payroll obligations and had never missed a pay day but in December of 2000 our many retail clients increased their services.  Some had doubled their service requirements which left us with an extra $50,000.00 payroll obligation but the actual cash was tied up in our receivables and we wouldn’t be able to collect it until February 2001.

I had maxed our small line of credit and were about to default our last payroll of the year, leaving many employees without a paycheck the week before Christmas. We have never missed a single payroll ever. This was unimaginable to me and I couldn’t let our team down so I took a deep breath, walked to our reception desk and one by one rang through every credit card I owned to make sure everyone got paid.

I spent the next 30 days stressing over an amount of money I had no possible way to pay back. Slowly we collected our receivables and slowly I repaid my credit cards until finally the end of February of 2001 my cards were paid in full. It was another life lesson, plan your cashflow carefully but also have a better relationship with your banker and keep them in the loop so they understand the ebbs and flows of your business.

Fast forward to 2021 and the Iron Horse Security of today, I can confidently say there is no other company in Canada that can service mid-sized contracts as well as we do. This is our niche and what we do better than anyone else.

Owning a business isn’t for everyone. It isn’t the easiest path and it isn’t a stress-free lifestyle. It can be a tough grind day after day but if you push hard enough, for long enough it can lead to an unimaginable success. In my wildest dreams I would never have thought I would become Ottawa’s 6th largest private employer.

Iron Horse is now a force to be reckoned with. We are large and diverse. Our staff are some of the best and brightest in our industry, and it’s now due to their hard work that we all succeed as a team.

Was it worth it? You bet! I am fortunate enough to stand on the shoulders of giants. We have the most amazing team dedicated to the company, their coworkers and our valued clientele.

I wouldn’t have it any other way. 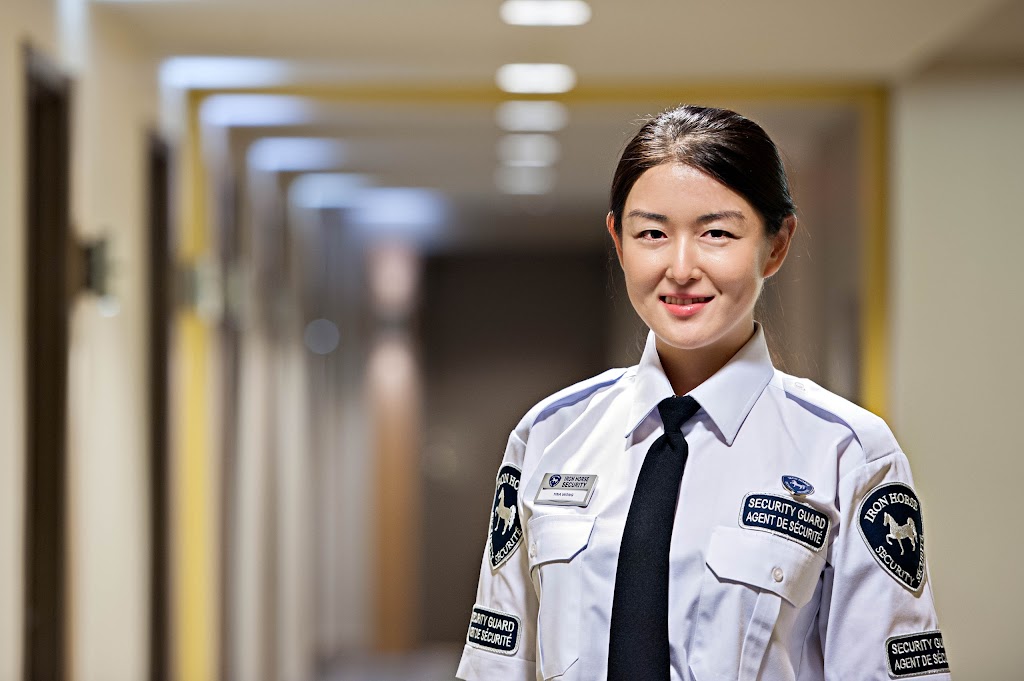 Top 5 Traits of a Top Security Guard
They’re not that different from the traits of a president, a five-star general, or someone else in authority. That’s why being a security guard is one of the greatest steps you can take in life, whether you want to remain...
Continue reading →